Inaugural Golf Tournament for a Cure Beats the Odds 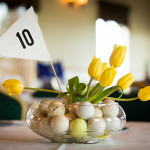 Severe thunderstorms including hail, flooding, and sheets of rain didn’t stop celebrities, participants or the hopes of the Inaugural Jamie’s Hope Golf Tournament for a Cure. After an hour and a half delay, everyone enjoyed a beautiful day on the course raising over $46,000.

The Jamie’s Hope Foundation hosted its Inaugural Golf Tournament for a Cure on Friday, May 10, 2013 at Wildcat Golf Club in Houston, Texas. Over $46,000 was raised in support of Targeted Therapy Research at The University of Texas M.D. Anderson Cancer Center. Houston Texans Cheerleaders kicked off the event along with celebrity caddies Ready for Love contestant Angela Zatopek, Miss Grand Prix Angela Anderson, Miss Tropic Beauty Cassandra Salvagio, and Miss Swimsuit USA International Kenda Carroll joined for the day. Featured celebrities at the tournament included Kevin Walter of the Tennessee Titans, All-Pro Shayne Graham of the Cleveland Browns, and guest Whitney Mercilus of the Houston Texans, as well as Houston Dynamo player, Michael Chabala.

A light-hearted tournament was enjoyed by all as teams teed-off in search of a CURE. Over 120 golfers participated after the torrential weather delay; the clouds parted, the sun came out and the game was on. Players enjoyed a day on the greens trying their luck at multiple hole-in-one prizes, including a brand new Infiniti G37 Convertible sponsored by Southwest Infiniti and the ultimate $1,000,000 grand prize.

“To say the tournament was fun is a major understatement. The Jamie’s Hope team is officially in love with golf tournaments! The support we received was phenomenal and the significant amount of new supporters is owed largely to our Honorary Chair, Mark Levesque of Chevron; we’re beyond grateful to say the least.” -Amanda Abiassi, Executive Director.

The Jamie’s Hope team works year-round to produce top-notch fundraising events benefiting MD Anderson Cancer Center while participates in and producing events for other charitable causes that directly affect the Houston community. The success of these events is credited largely to the sponsors who lend their names and financial support. By participating as a sponsor, your organization will benefit from extended exposure through media campaigns and promotional efforts. For a small donation, companies are able to enjoy excellent exposure to an important segment of your target audience while helping Jamie’s Hope accelerate groundbreaking cancer treatments and beyond. For more information on being a sponsor, please contact Amanda(at)JamiesHope(dot)org.