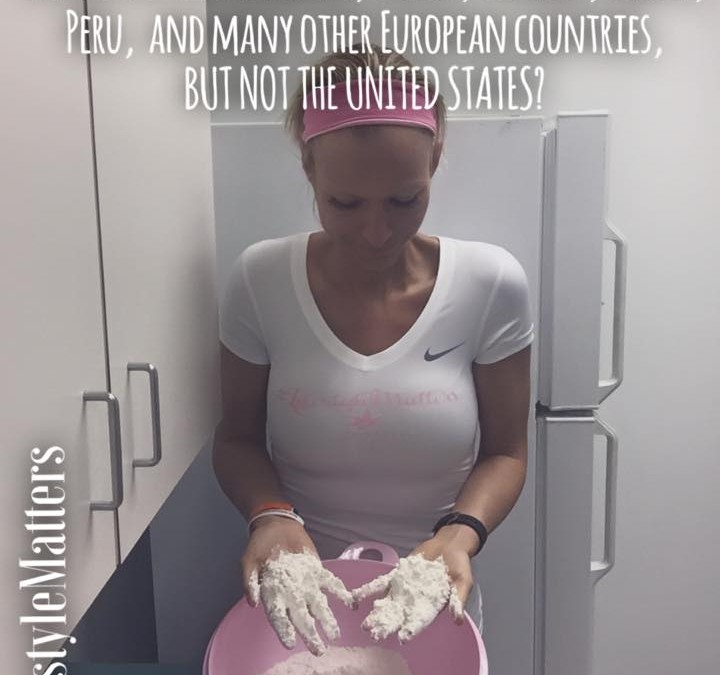 Did you know that potassium bromate is banned in the United Kingdom, China, Brazil, Peru and many other European countries, BUT NOT THE UNITED STATES? I found that quite interesting and since I have been fighting cancer for over 20 years, I thought it was about time I learn what I have been eating most of my life.

So today I bring you a little information on potassium bromate, another food additive that makes the EWG’s “Dirty Dozen.” Considering I previously consumed a diet high in baked goods, processed food and fast food, my guess is I have likely consumed tons of potassium bromate in my lifetime.

So what is potassium bromate anyways???

In the U.S., the FDA has encouraged bakers to voluntarily stop using bromated flour, but shouldn’t we be doing more? At least California is doing something… they are the only state to have potassium bromate on their Proposition 65 list (which warns residents of danger associated with the chemical by requiring a cancer warning on their labels). Thank you California!! Only 49 more states to go unsure emoticon

You can also read more at the Office of Environmental Health Hazard Assessment (OEHHA) which found that this chemical appears to be “formally identified” as causing cancer. I also included a link with the awesome Proposition 65 list for those interested in avoiding potentially dangerous and toxic chemicals.

If that’s not convincing enough, potassium bromate is labeled as a category 2B carcinogen by the International Agency for Research on Cancer (IARC), meaning that it is a possible human carcinogen. Category 2B caused cancer in laboratory animals, but there is limited evidence in humans. Guess we will have to wait and see!!!

So now what? Read labels to avoid “bromate flour” and “potassium bromate”, know where your food comes from, eat more real food and less processed foods which could contain this unwanted ingredient. Shop at stores like Whole Foods, who list bromate flour and potassium bromate as “unacceptable ingredients for food.”

Interested in learning more? Check out the following links: